At the present time, the high attention and care shown by our honorable President in the field of science and education, strengthening the material and technical base of the sphere, further developing research work by representatives of the education sector and science, reforms carried out in order to strengthen the social protection of workers in the field, undoubtedly, create a basis for sphere development.

At the same time, the recent adoption of the Law of the Republic of Uzbekistan “On science and scientific activities” serves as a solid legal basis for the ongoing effective work.

In honor of the 28th Independence of the Republic of Uzbekistan, on November, 20 of this year, at Karakalpak State University there was held the scientifically – practical conference under the name «Actual Problems of Physics of Semiconductors», and also the 60th anniversary of the outstanding scientist of this sphere, Honored Science Worker of the Republic of Karakalpakstan Professor K.Ismaylov was celebrated.

The event was led by Rector of the University Akhmed Reymov. At the meeting Head of the Senate Committee B.Matmuratov, senator O.Ataniyazova, academicians M.Bakhadirkhanov, S.Zaynabiddinov, professors B.Umirzakov, E.Imamov, G.Gulyamov, B.Abdikamalov, M.Ibragimov and others in their speeches told about the scientific path of the hero of the day and his contribution to the Karakalpak science.

As it was noted, in the 80s of the last century, in the walls of the Nukus State University (now Karakalpak State University named after Berdakh), the problem laboratory was formed on the initiative of Candidate of Physical and Mathematical Sciences, Associate Professor, Honored Scientist Worker of the Republic of Karakalpakstan M.Yerezhepov. It is these initiatives that led to the emergence of the field of semiconductor physics in our country. Finally, in 1987, in this area, as a result of the training of scientific specialists, the Department of Semiconductor Physics was established.

Today, in 30 years, a school of semiconductor physics has been created in Karakalpakstan. One of the prominent representatives of this school is Doctor of Physical and Mathematical Sciences, Professor Kanatbay Ismaylov.

As the head of the department, K.A.Ismaylov makes a lot of efforts to strengthen the educational, educational and methodical work and the material – technical base of the department. Along with this, he played a large role in promoting the scientific work of young specialists, doctoral students. K.A.Ismaylov is the author of more than 300 scientific works, including 1 monograph, 5 textbooks, 6 teaching aids and has 4 copyright certificates for inventions.

He pays great attention to the training of highly qualified scientific personnel, for example, under his direct supervision they successfully defended their dissertations: 1 doctoral, 4 candidate and 2 doctors of philosophy in physical and mathematical sciences and currently work fruitfully in higher educational institutions, scientific research institutions of our republic.

And also thanks to his personal initiative, scientific connections with leading universities and scientific institutions of foreign countries have been established.

For achievements in the field of science and education, this year, he was awarded with the state award “Honored Science Worker of the Republic of Karakalpakstan”.

In the afternoon, the conference continued its work in various sections. 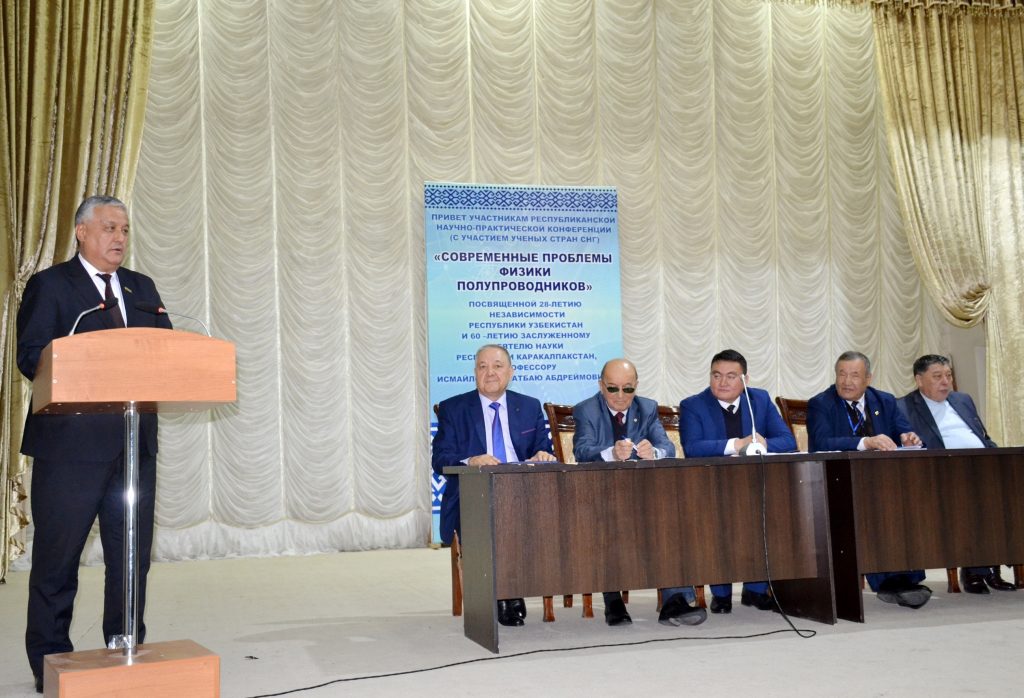 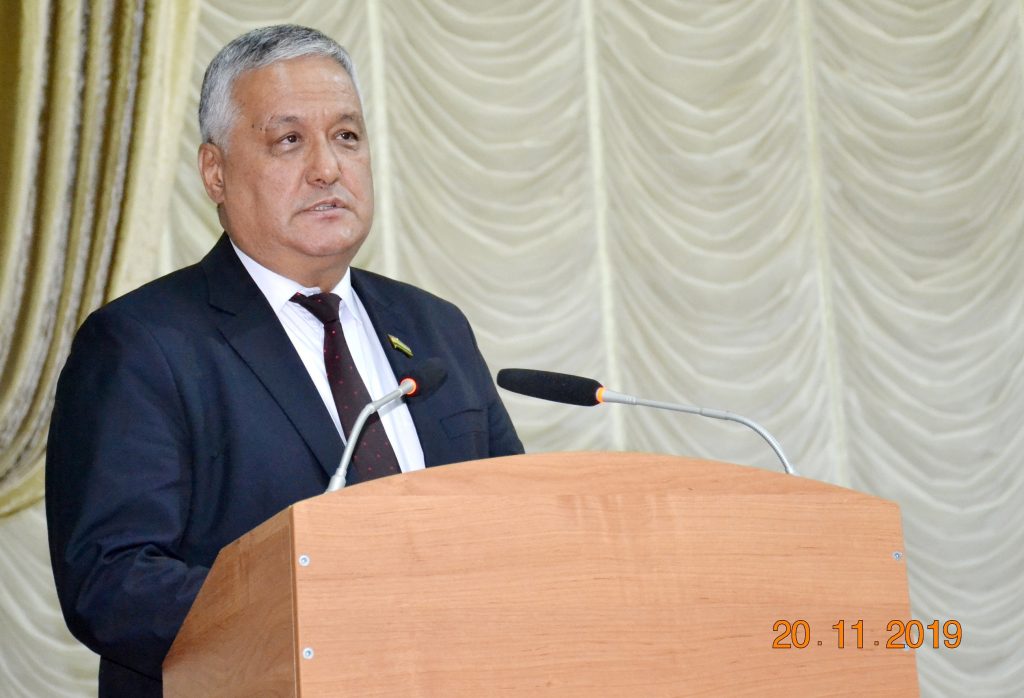 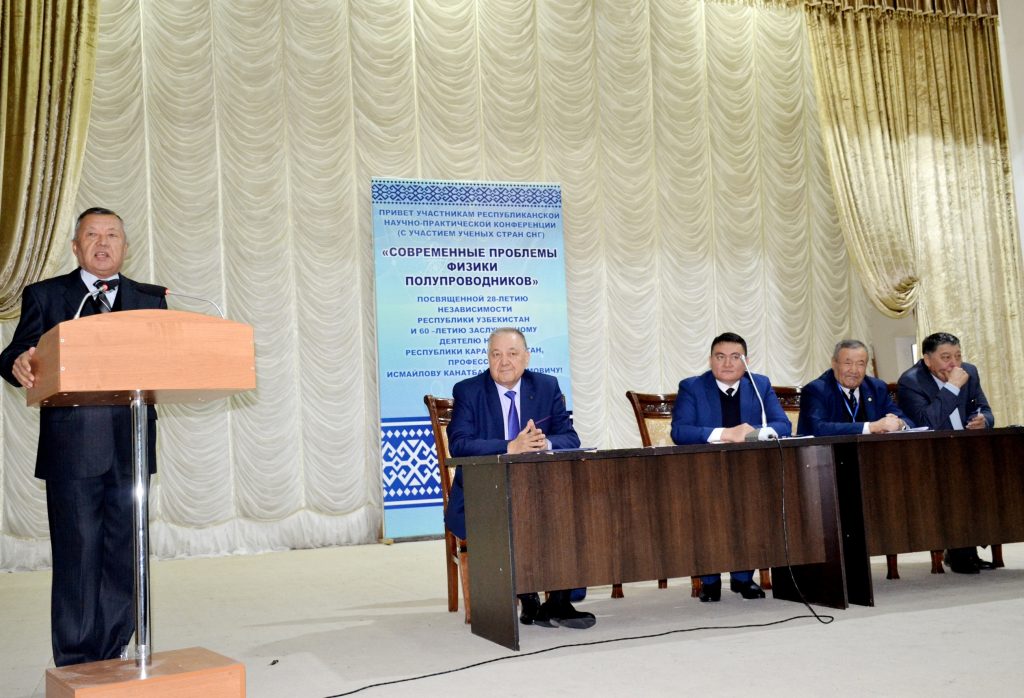 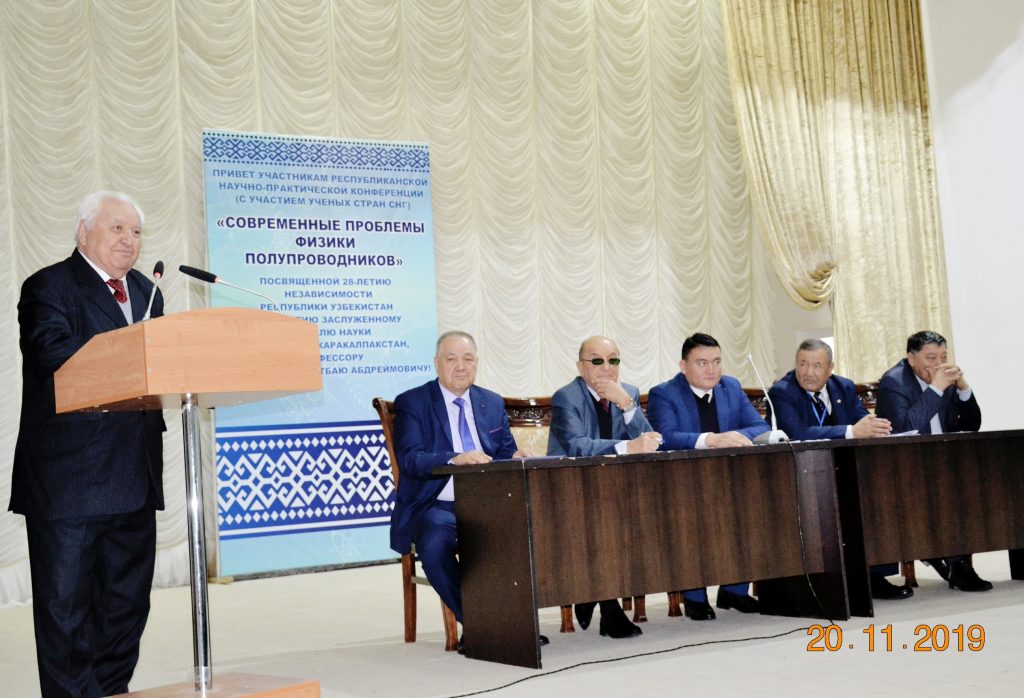 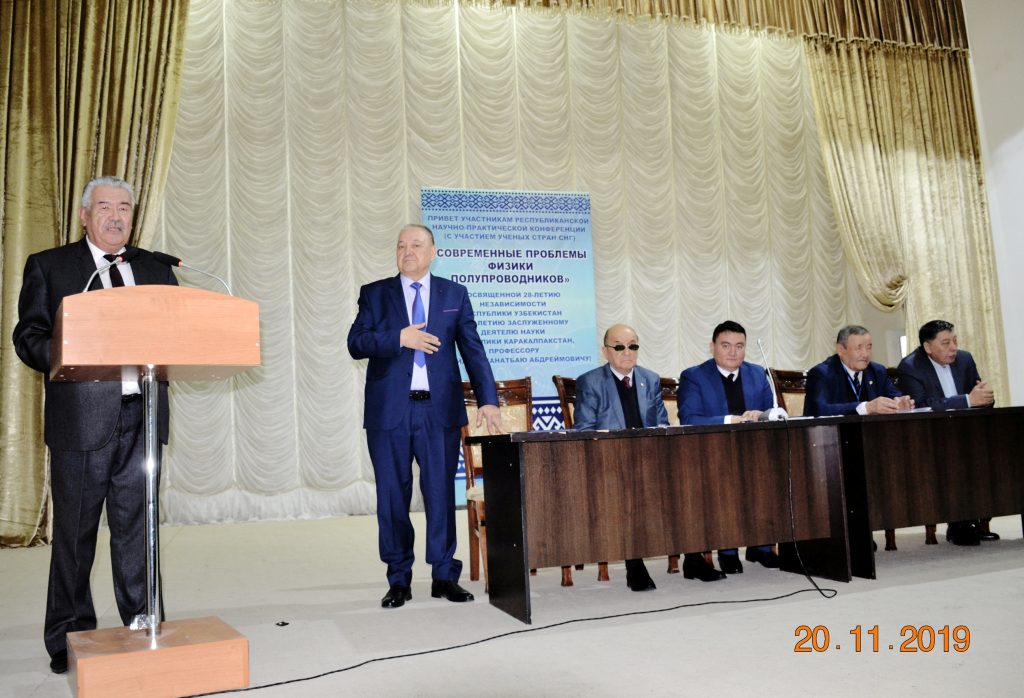 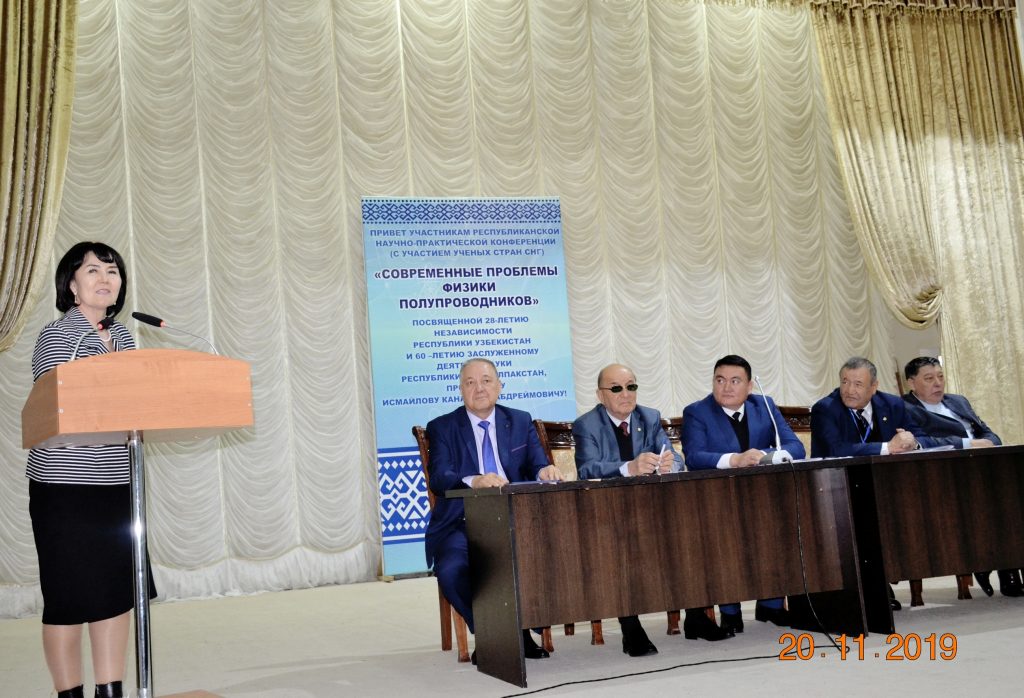 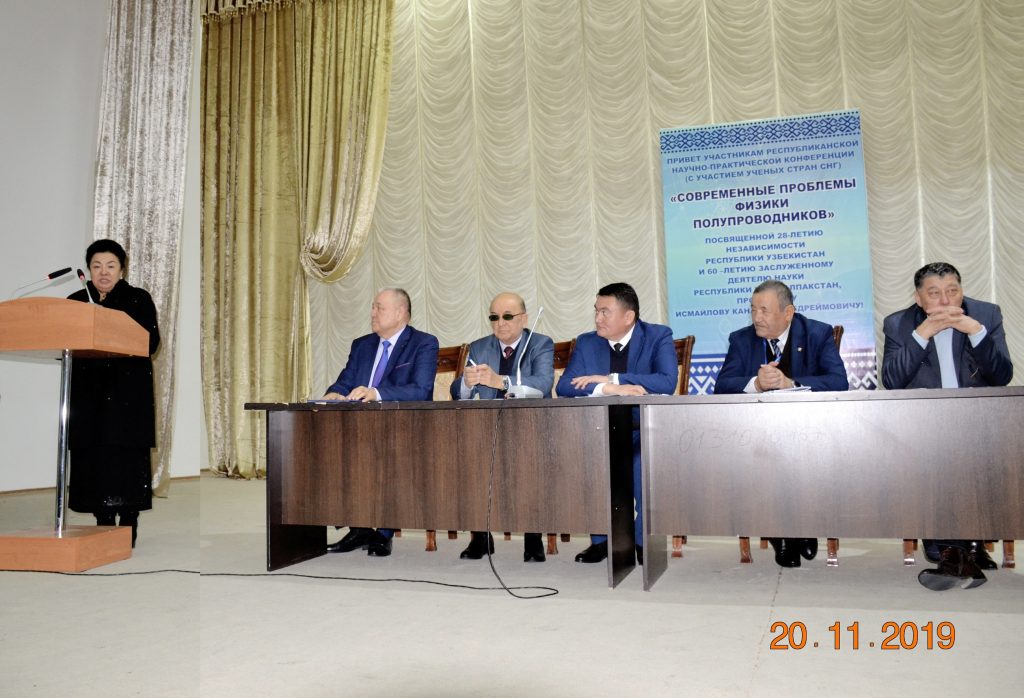 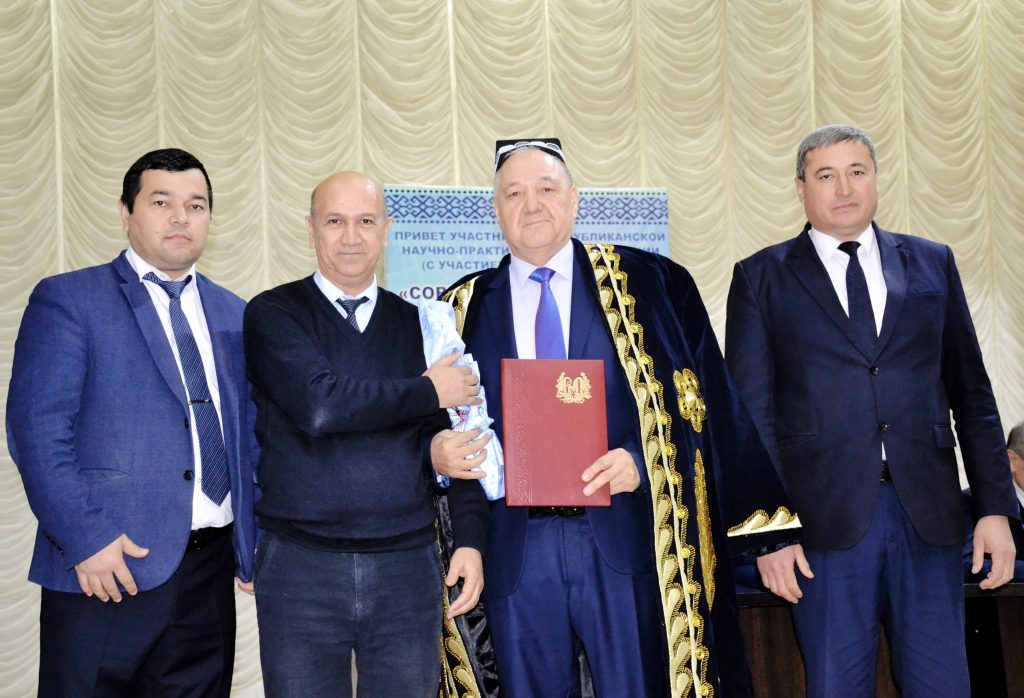 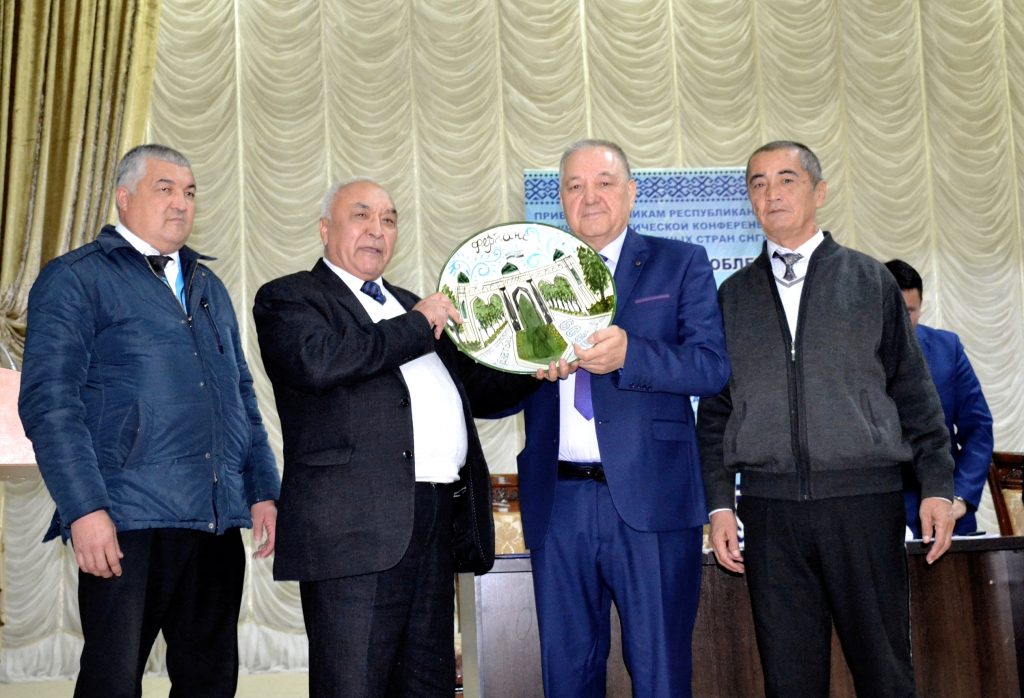 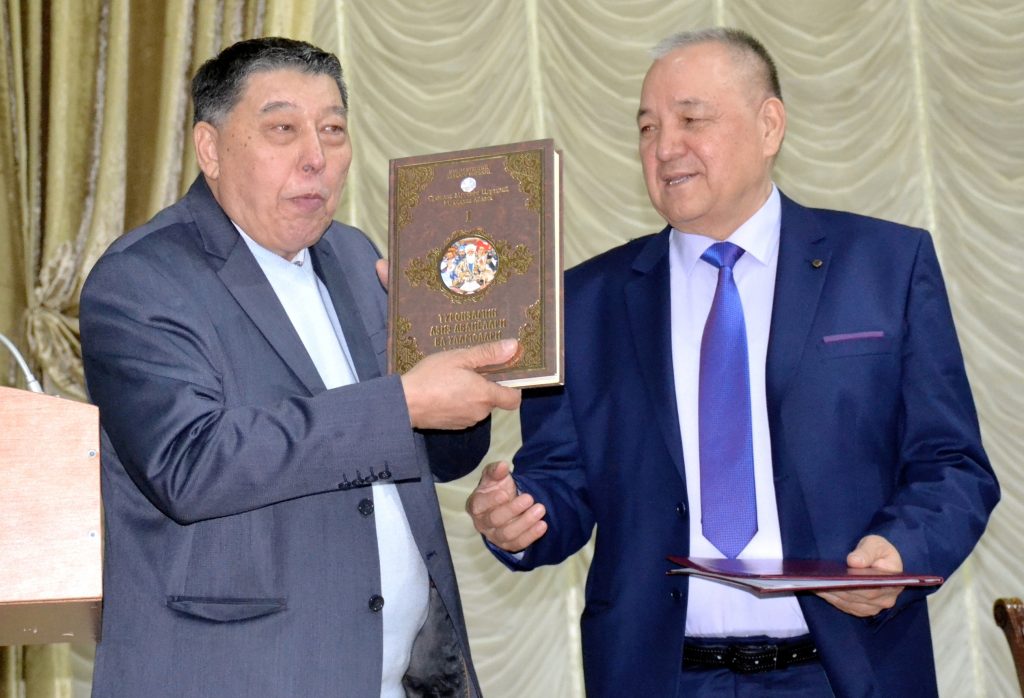 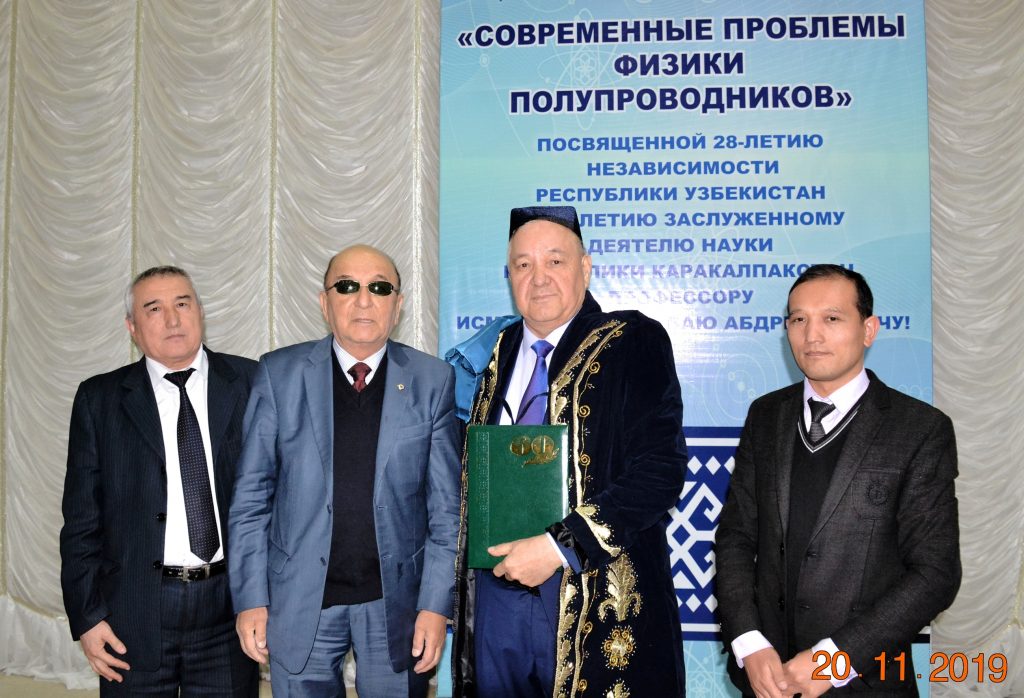 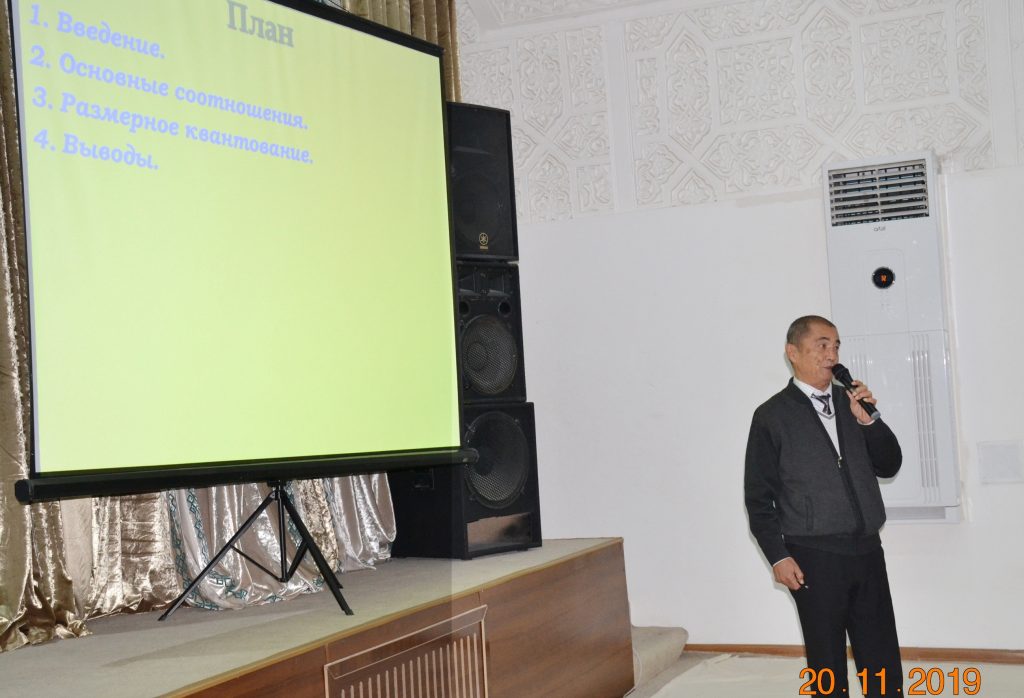 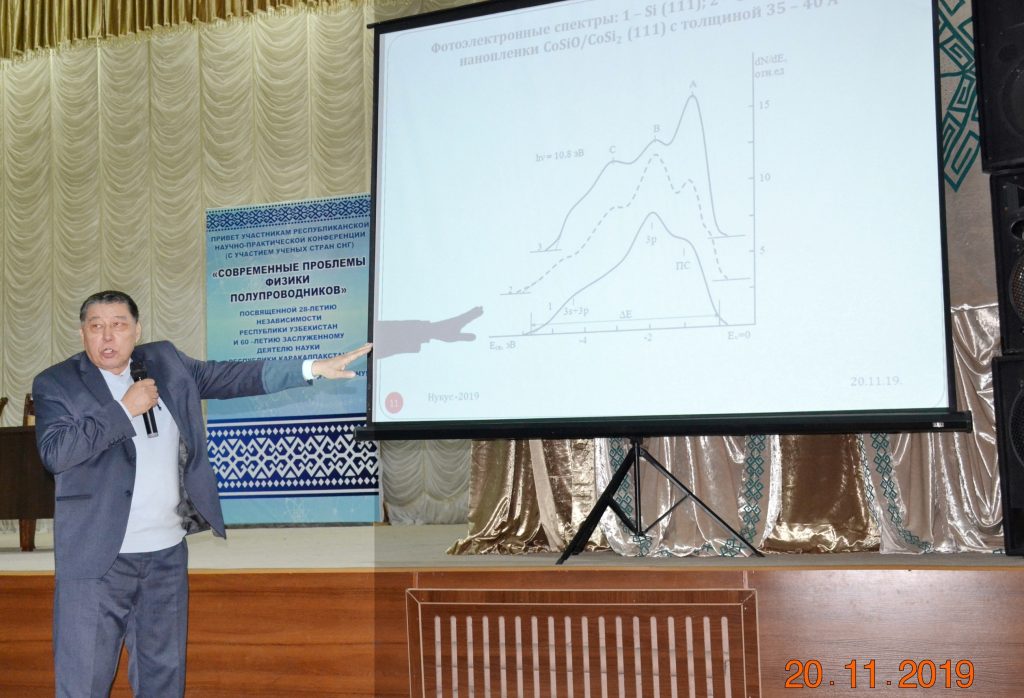 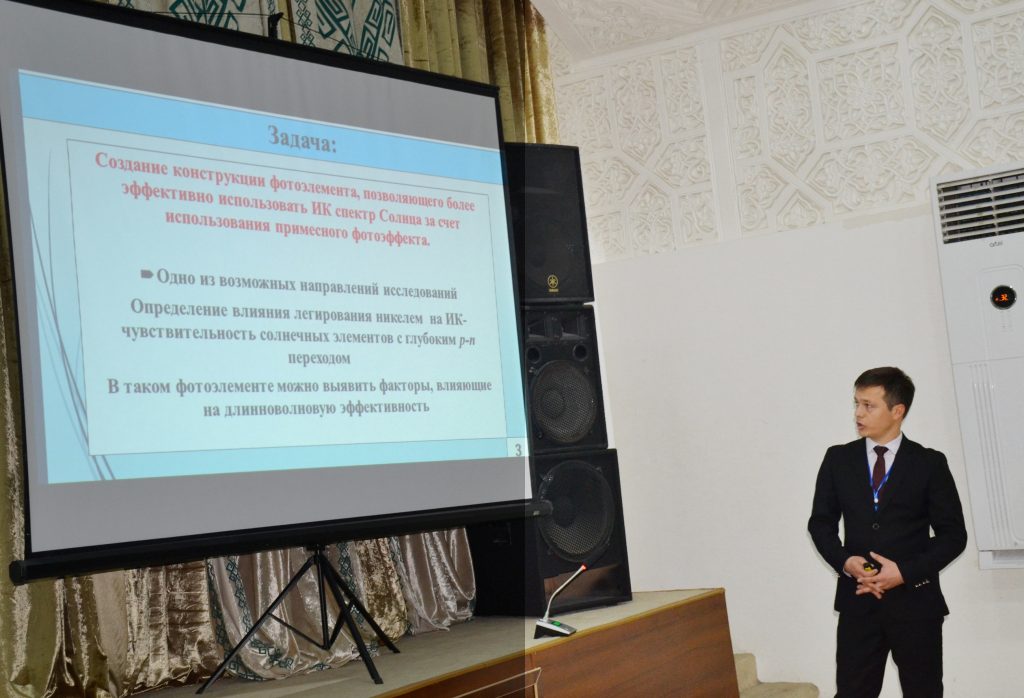 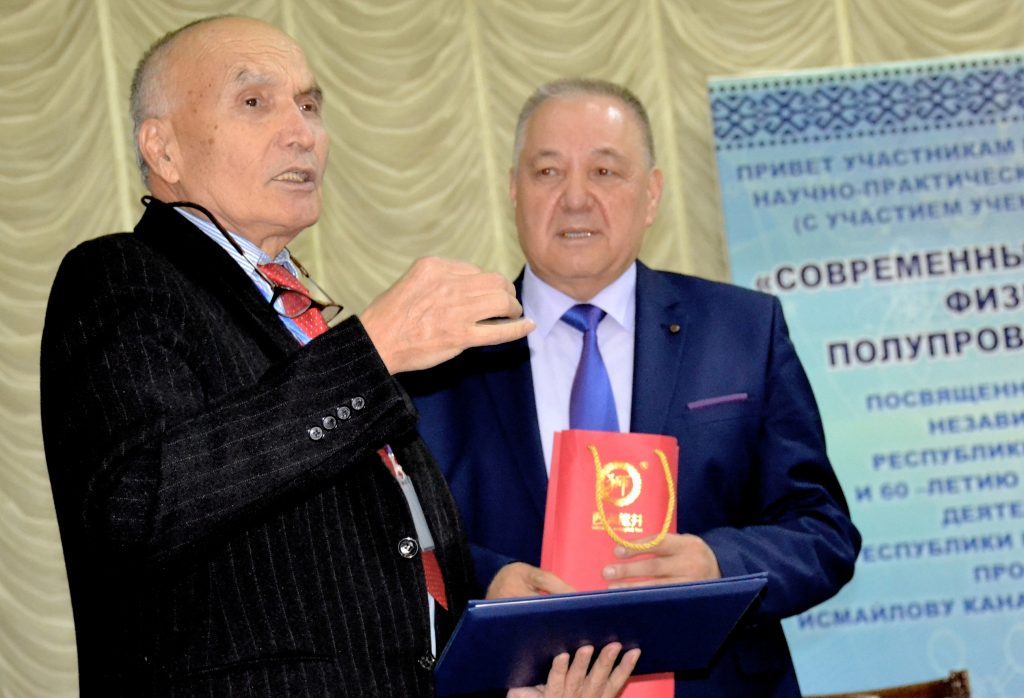 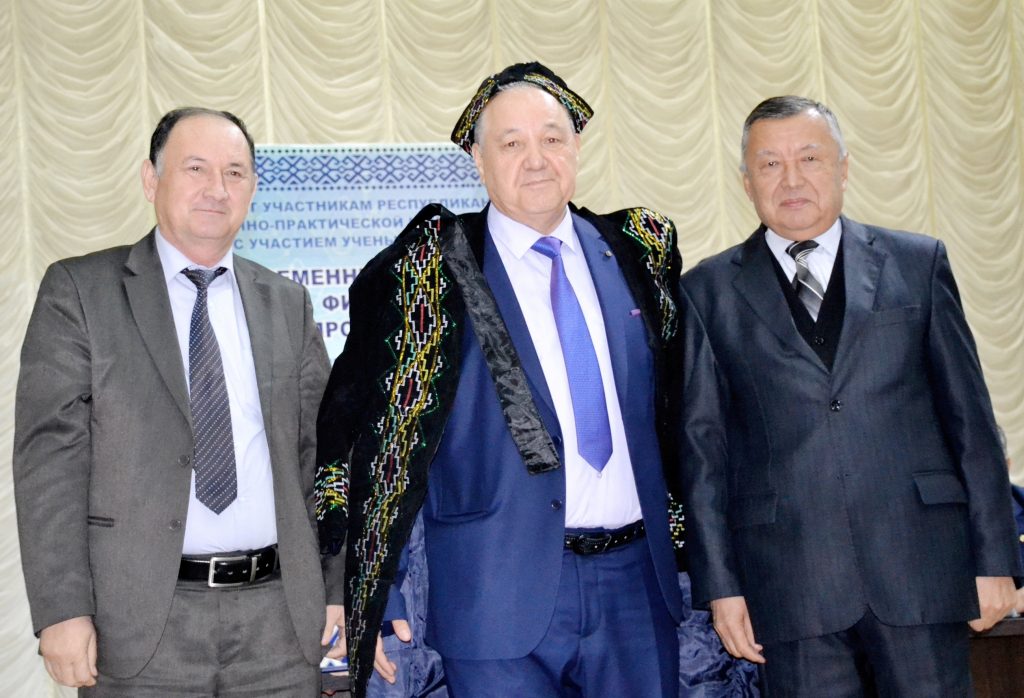 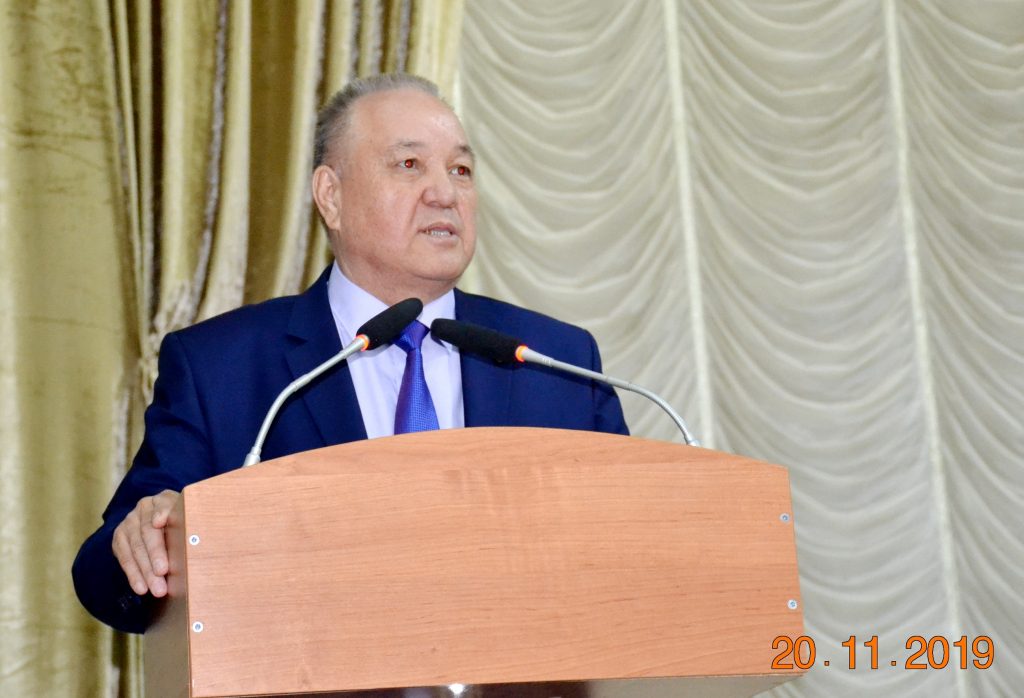 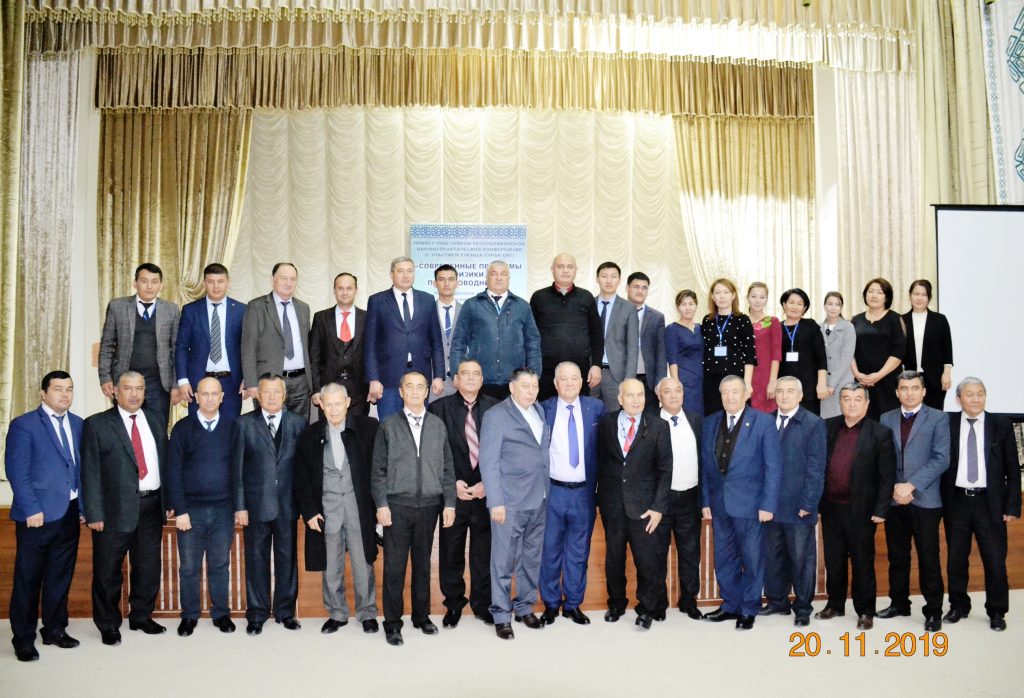 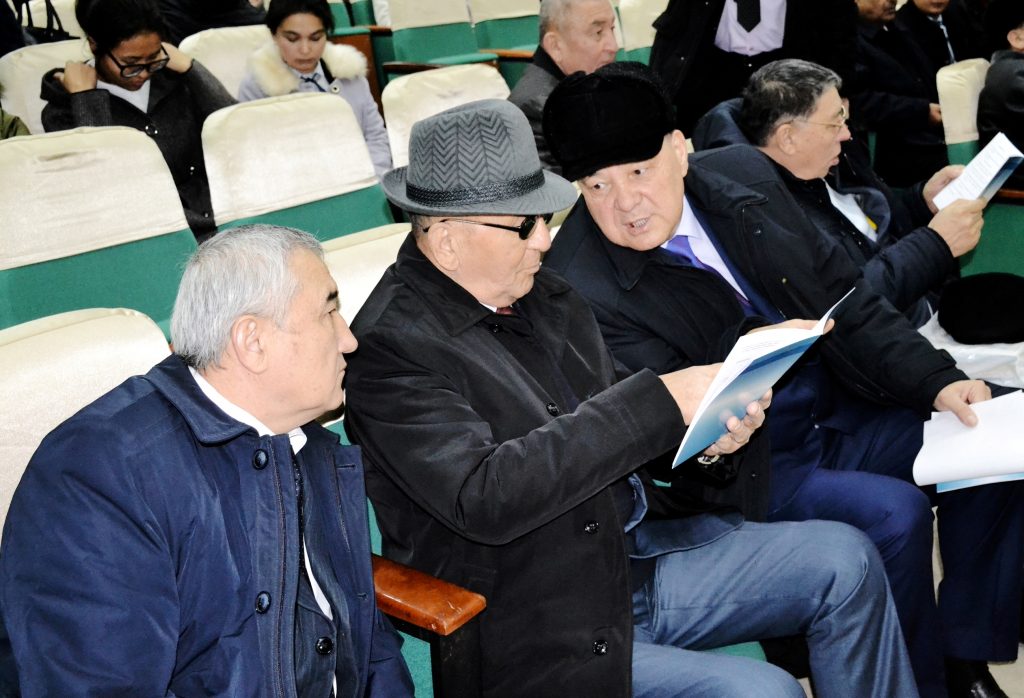